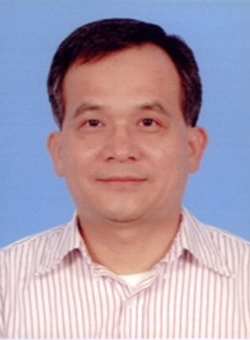 Dr. C. Bor Fuh, Professor
Department of Applied Chemistry, National Chi Nan University, Taiwan
Biography: Dr. C. Bor Fuh received his Ph.D from department of chemistry at University of Utah in USA and worked as a postdoc research fellow at biomedical engineering department of Cleveland Clinic Foundation in Ohio State, USA. Dr. Fuh has been a Professor since 2000. He served as a chairman at department of applied chemistry in National Chi Nan University from 2004 to 2007. Dr. Fuh was a guesting professor at Osaka University of Japan in 2009. Dr. Fuh has been editorial boards of several journals (Biomagnetic Research and Technology, Separation Science, International Journal of Nano Science and Engineering). Dr. Fuh has been invited speakers for many international universities and conferences. Prof. Fuh published more than 35 ranked top 10% international SCI papers. Dr. Fuh has been a distinguished professor in National Chi Nan University since 2014. His major fields of research interest include thin channel, magnetic immunoassay, and multifunctional nanoparticles for analytical and biochemical analyses.
Topic: Development of Multifunctional Nanoparticles and Magnetic Immunoassay for Biochemical Applications
Abstract: Functional nanoparticles are important parts of nanotechnology and have been widely used for various applications of material science and biochemical analysis. The multifunctional nanoparticles have great potential to be used in many new applications. Magnetic immunoassay is a relative new and effective technique for bioanalysis. This presentation would show the recent development of functional nanoparticles and magnetic immunoassay for biochemical analysis. Several model biomarkers would be used to demonstrate the applications of this technique. In comparison with other methods, this method has lower detection limit and wider linear range. This technique has great potential to provide a simple, fast, sensitive, and selective analysis for particles, proteins, and other biomaterials. 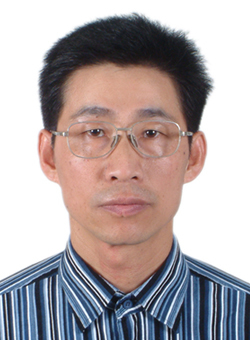 Dr. Cun-Yue Guo, Professor
School of Chemistry and Chemical Engineering, University of Chinese Academy of Sciences, China
Biography: Dr. Guo got his PhD degree in polymer chemistry and physics at the Institute of Chemistry, Chinese Academy of Sciences (ICCAS) in 2003 and worked therein as assistant research professor. He was promoted to associate research professor at ICCAS in 2006. Dr. Guo had been a visiting professor with the DAAD-K. C. Wong Fellowship at the University of Greifswald, Germany (2007-2008). He went back to ICCAS before joining UCAS as associate professor and full professor (2010-present). Prof. Guo is member of American Chemical Society and Chinese Chemical Society. Dr. Guo is member of the editorial board of International Scholarly Research Notices (2011-) and Soft Nanoscience Letters (2011-). Dr. Guo is external reviewer of Natural Sciences and Engineering Research Council of Canada (2013), professional referee of National Natural Science Foundation of China (2003-), China International Science and Technology Cooperation, Ministry of Science and Technology of the People’s Republic of China (2009-), and the Scientific Research Foundation for the Returned Overseas Chinese Scholars, Ministry of Education of the People’s Republic of China (2012-). Moreover, he has been article reviewer of 34 SCI journals including Macromolecules, Polymer, and so on.
Topic: Nickel Complexes-catalyzed Synthesis of Polyethylene Elastomers and Ethylene Polymerization in the Confinement of Mesoporous Molecular Sieves
Abstract: Polyethylenes (PEs) with varying branches play important roles in modern society. Metal complexes as pre-catalysts for ethylene polymerization and the introduction of inorganic confinement into ethylene polymerization are two predominant tools in fabricating PEs with improved performance. Firstly, there have been various nickel procatalysts for polymerization of olefin and cyclic olefins. In our research nickel precatalysts for ethylene polymerization have been achieved by bidentate nickel complexes with N^N ligands and O^P ligands. The PEs produced by the [N^N] Ni complexes affords high MWs, high branching degree and good elasticity whereas those formed with the [O^P] Ni complexes possess polar side chains.
Secondly, mesoporous molecular sieves (MMS) act as both the catalyst support and nanoreactor for ethylene polymerization. MMS, typically MCM-41 and SBA-15, offers suitable pore sizes for ethylene polymerizations to proceed in an extrusion mode in which the formation of polymeric nano-fibers composed of extended polymer chains from the nanopores of MMS is completed in one step. Moreover, the polyethylenes (PE) and ethylene copolymers (ECP) are in situ compounded with MMS particles to form polymer nanocomposites when the MMS framework collapses due to polymeric chain growth and/or enormous polymerization exotherms. This facile methodology endows the resultant PEs with significant advantages, such as increased MWs and MWD, elevated strength and modulus, and improved processability, etc..

Dr. Peng-Sheng Wei, Professor
Department of Mechanical and Electro-Mechanical Engineering, National Sun Yat-Sen University, Taiwan
Biography: Dr. Peng-Sheng Wei received Ph.D. in Mechanical Engineering Department at University of California, Davis, in 1984. He has been a professor in the Department of Mechanical and Electro-Mechanical Engineering of National Sun Yat-Sen University, Kaohsiung, Taiwan, since 1989. Dr. Wei has contributed to advancing the understanding of and to the applications of electron and laser beam, plasma, and resistance welding through theoretical analyses coupled with verification experiments. Investigations also include studies of their thermal and fluid flow processes, and formations of the defects such as humping, rippling, spiking and porosity. Dr. Wei has published more than 80 journal papers, and delivered more than 90 times of Keynote or Invited Speeches in international conferences. He is a Fellow of AWS (2007), and a Fellow of ASME (2000). He also received the Outstanding Research Achievement Awards from both the National Science Council (2004), and NSYSU (1991, 2001, 2004), the Outstanding Scholar Research Project Winner Award from National Science Council (2008), the Adams Memorial Membership Award from AWS (2008), the Warren F. Savage Memorial Award from AWS (2012), and the William Irrgang Memorial Award from AWS (2014). He has been the Xi-Wan Chair Professor of NSYSU since 2009, and Invited Distinguished Professor in the Beijing University of Technology, China, during 2015-2017.
Topic: Mechanisms of Porosity Encountered in Manufacturing Processes
Abstract: This lecture analyzes different mechanisms of porosity formation in solid. Porosity is susceptible to stress concentration, degrading properties of products in manufacturing and materials technologies. On the other hand, in view of good heat insulation, ice containing oxygen, nitrogen and ozone can be, respectively, used for fishery industries and food preservation and sterilization. Porous scaffold is conducive to tissue ingrowth in tissue engineering. Pore formation can be due to either a bubble entrapment or keyhole collapse during solidification. Pore formation due to a bubble entrapment can be analyzed by proposing a model accounting for species and momentum transport and physicochemical equilibrium at the cap of an entrapped bubble. This work finds that there exist three different cases for pore formation, depending on solidification rate and directions and magnitude of solute transfer across the cap. Pore formation due to keyhole collapse can be studied by proposing a model for a compressible flow through a keyhole of varying cross-section and its transition from annular to slug flows. Introducing the Young-Laplace equation, the predicted pore shapes in solid in both mechanisms agree with experimental data. 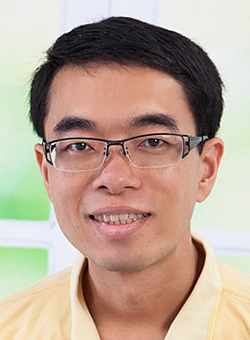 Dr. Kuan-Wei Lee, Professor
Department of Electronic Engineering, I-Shou University, Taiwan
Biography: Professor Kuan-Wei Lee received a PhD degree from the Department of Electrical Engineering, National Cheng-Kung University, Tainan, Taiwan, in 2006. He joined the Department of Electronic Engineering at I-Shou University as an assistant professor in 2006, was promoted to associate professor in August 2009, and was promoted to full professor in February 2013. Professor Lee’s main research focuses on metal-oxide-semiconductor (MOS) technology and its application in GaAs-based electronic devices. He was elected a Distinguished Teaching Instructor by the College of Electrical and Information Engineering at I-Shou University in 2010. Professor Lee received the Outstanding Electrical Engineer Award from The Chinese Institute of Electrical Engineering (CIEE) in 2011 and was listed in Marquis 2011-2012, 2016-2017 Who’s Who in Science and Engineering.
Topic: Advances and Opportunities of Solution-Based Process on Metal-Oxide-Semiconductor Devices
Abstract: The speech reviews and presents a discussion on native oxide on GaAs-based semiconductor materials through the solution-based process. Solution-based process is generally flexible, faster and less expensive as compared to vapor deposition methods. Neither anodic equipment nor an assisting energy source is needed in the solution-based system. Moreover, the speech will address how the solution-based process can be applied to fabricate a metal-oxide-semiconductor (MOS) gate of high-electron-mobility transistor (HEMT) with a larger gate voltage swing and lower leakage current density. Therefore, the use of solution-based process on GaAs-based materials provides new opportunities for device applications.
© 2016-2017第二届材料科学与工程国际会议 版权所有